We’re full now, and we’ve got something for everyone:

Bring your questions on strategy and tactics for dealing with the existential threat to humanity.

On the panel will be delegates from Anarchist Federation, Extinction Rebellion, IWW Environmentalist Caucus, Green Anticapitalist Front, Kurdistan Solidarity Network, others to be confirmed.

This Land is our Land.

Land is what provides us with the basics of life- food, homes, water, resources, etc. However, land ownership is concentrated in the hands of the few. This needs to change and the land should be a Commons, providing benefits for all.

This meeting will look at land ownership in the UK and discuss how we can make this land our land.

Past experiments in forming anarchist and autonomous societies have been brutally destroyed time and again by colluding state powers – communist or capitalist – who view us as their common foe. The same pattern is arguably playing out today, be it in Chiapas, Mexico, the Kurdish territories and elsewhere. This history teaches us that the only way to win freedom anywhere, is to ensure that breaks out everywhere, so we can’t get isolated and erased. There are multiple international initiatives working to help this future along, including IFA/IAF (the International of Anarchist Federations), which links anarchist communist groups across Europe and Latin America, and had its Congress this July.

This session will be a report on international struggles, as well as a discussion of the pros and cons of international cooperation, and examine also how we can make these links stronger.

This workshop will be an interactive learning process aimed at discovering the role and the impact of ‘the news’.

The focus will be on imposing news vs sharing news. Hierarchy vs an egalitarian approach.

Corporate news is hierarchical in which ‘news’ is determined by abstract others. We are taught to consume it. Much of it then consumes us in terms of a psychological and sociological impact. Our conversations, actions, ideas… are in themselves influenced significantly by establishment brokers who pump out perspectives and angles not of our choosing but theirs.

What would happen if that news ceased to exist? What would be the impact upon our lives holistically if we stopped listening/seeing what these brokers decided should be the ‘news’?

What would happen if we adopted an egalitarian approach and people per se constructed the news? How different is it to the corporate mainstream?

These are some of the questions we will explore in trying to create a different approach to what is ‘news’. Through dialogue, polemic, exploration and respect we can re format our interaction with ‘news’.

‘Wildcat strikes in the Royal Mail’  hosted by Dave Chapple.

Dave was CWU Rep at Bridgwater Delivery Office, hear how he transformed it into one of Britain’s most militant workplaces, through 15 years of disputes with the country’s second largest employer, without being defeated once! 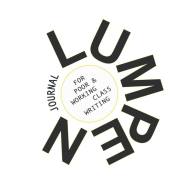 The author will present his book Chav Solidarity, along with the first issue of Lumpen: a journal of writing by poor and working class folks from within the radical left.

“To the political left Hunter’s people are the ignorant and the ill informed, to the victorious right they are the unwashed and discarded waste product of the labouring class. Chav Solidarity is part autobiography, part meditation on trauma, class and identity, part one finger salute into the face of respectability politics, but mostly an articulation of the contradictory heart of Chavvy shit heads across the U.K.

Readings from the book to be followed by Q&A, and discussion.

Throughout this book there are references to sexual violence, racism both interpersonal and institutional, gendered violence both physical, psychological and verbal, various forms of physical violence, suicide, drug usage, transphobia, murder, and police brutality.

Half a century since Stonewall and radicalism in the LGBTQ+ community has died a slow, miserable death. Rainbow capitalism prevails. Pink pounds. Pink votes. Is this what Marsha P. would have wanted?

With the great majority of Pride events ignoring this monumental anniversary in favour of corporate gestures, come and learn about our history of radical thought, community organising and solidarity. We’ve not got equality yet, we might need to rekindle the passion and anger of that fateful summer night once again.

Prison – A Survival Guide hosted by the author, Carl Cattermole

Carl is an ex-prisoner in multiple countries, Penguin published prison abolitionist and not a boring one either. Will be joined by contributors Lisa and Elliot who run @bluebaglife (an incredible blog on addiction issues).

Will be discussing the tug of war between ‘punishers’ and ‘reformers’ and how desperately we need to reconsider justice. Also will discuss the five megaprisons that the conservative government are building and the shit we’ve been doing to scupper them.

About the book: The first print run published by Penguin on 20th June sold out within two weeks. Review and interview by The Guardian.

Stephen Hunt of the Bristol radical history group will discuss the ecology movement’s deep roots in the Romantic era.

Industrial capitalism emerged together with the mass exploitation of fossil fuels during the Eighteenth Century. Over the next century it became increasingly apparent that accelerating processes of expansion and extraction threatened many habitats, or even the whole planet.

Green Romantic anti-capitalism was an outcome of such processes. The negative social and environmental consequences of industrial capitalism both prompted a reconsideration of the human relationship with the natural environment and changed attitudes towards other species. Many Romantic writings encouraged appreciation and respect for ‘nature’, understanding that the health and abundance of the living world determines human wellbeing and resilience.

This talk will share some examples of representative writing from 1750-1900, on topics such as great apes, enclosure, seaweed collecting and air pollution. It will conclude by considering the ongoing significance of Green Romanticism for the present day.